Our fields of activity 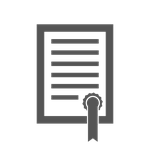 We act as comprehensive consultants to our clients in all matters relating to technical inventions, ranging from the assessment of proposals and preparation and prosecution of applications for patents and utility models worldwide to defending IPR against infringement and exploiting them through technology transfer.

Technical inventions can be protected as patents provided that they are new, based upon an inventive step and suitable for commercial exploitation. Applications for the grant of a patent can be filed with the German Patent Office and the European Patent Office.

For a technical invention to be novel it must go beyond the state of the art. i.e. it must never have been publicly disclosed by any written or oral description, public use anywhere in the world or in any other way. An invention is based upon an inventive step if it is not obvious to a person skilled in the art, thus exceeding the skill of the average expert in the art.

The Patent Office will first conduct a search into prior art and then examine, prior to grant, whether the invention proposed meets the statutory requirements of novelty and inventive merit. If the examination leads to an affirmative result a patent is granted. Following this, observing a statutory deadline, third parties may file an opposition against the grant of the patent. Such opposition will usually be successful only if the opposing party is able to present material relevant to the state of the art that has not yet been the subject of the examination procedure.

The maximum term of protection for patents is 20 years from the date of application. Starting from the third year annual renewal fees (annuities) must be paid to the Patent Office for prolonging the term. In the case of European patents this applies only up to the time of grant; thereafter, annuities are to be paid directly in the respective designated countries.

The proprietor of a patent which has been granted has the right to prohibit third parties from using the object of the patent; this includes, in particular, making proprietory devices or materials or using proprietory methods as well as offering for sale or distributing products covered by the scope of protection. In cases of infringement the proprietor may further claim disclosure of information relating to acts of infringement, damages and in some cases destruction of illegally made products. Besides utilising the object of the patent by means of his/her own operations the proprietor may choose to exploit the patent by granting licenses to third parties.